This is a dual-reporter mouse line Sox10-lox-eGFP-STOP-lox-tdTomato (referred to as Sox10-GFP/td-Tom), designed for studies of oligodendrocyte (OL) lineage cells and generated by PAC transgenesis. Recombination under the influence of Cre leads to the expression of tdTomato instead of GFP. A majority of OL lineage cells (95%) in the corpus callosum expresses the transgene. 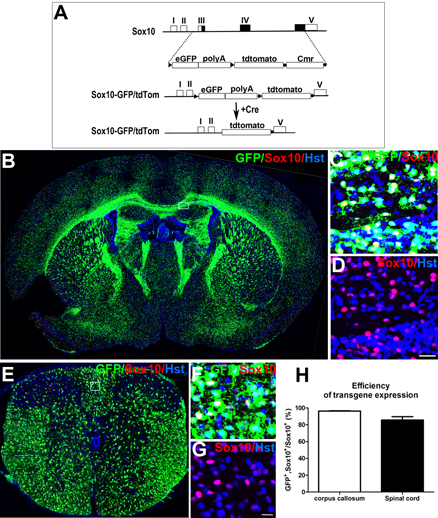 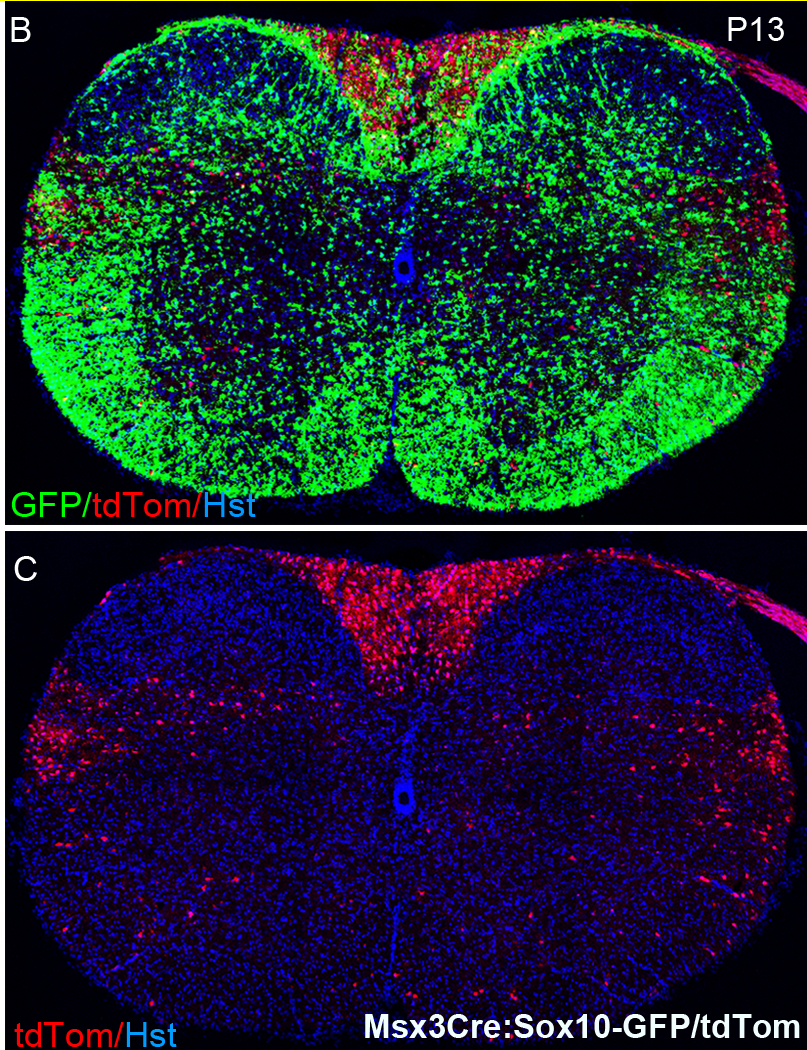 We used a 120 kb NotI fragment of the Sox10 genomic PAC (RP21-427-F18), which includes 60 kb upstream and 50 kb downstream of Sox10.  The genomic region spanning exons 3–5 was replaced by loxP-eGFP-polyAx4-loxP-tdTomato-frt-CmR-frt by homologous recombination in E. coli. The CmR cassette was removed by transient activation of Flp recombinase with arabinose.  Founders were generated by pronuclear injection.  Several founders transmitted the transgene in roughly Mendelian ratios and expressed GFP strongly in the expected pattern.  One male founder was used to establish a line for further study.  For further details of the line and its use see Tripathi et al. (2011).  Dorsally- and ventrally-derived oligodendrocytes have similar electrical properties but myelinate preferred tracts. J. Neurosci. 31, 6809-6819. http://www.ncbi.nlm.nih.gov/pubmed/21543611.