Note: supply of these mice from University College London will include one male and two females as a package. Only one package will be supplied for each approved request.

Pdgfb-CreER mice express tamoxifen inducible Cre-recombinase in endothelial cells of the microvasculature. They have been made by using a PAC containing the Pdgfb gene for transgenesis (random integration). The ORF of the Pdgfb gene was replaced with the coding sequence for the fusion protein iCreERT2 (iCre stands for improved Cre), followed by an IRES and the coding sequence for EGFP  (See PMID: 18257043 for more details). 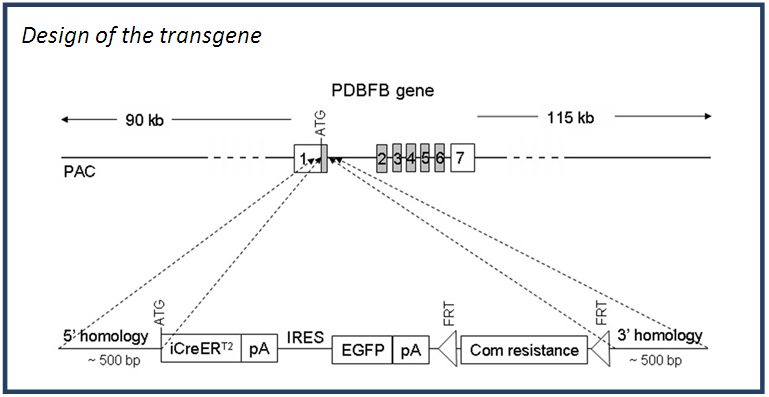 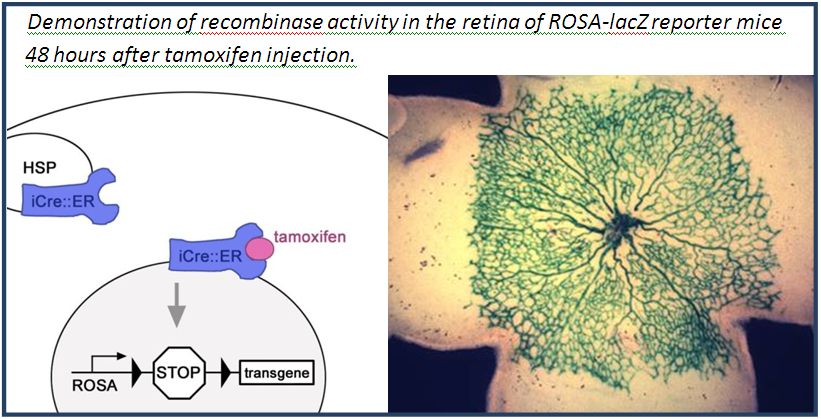